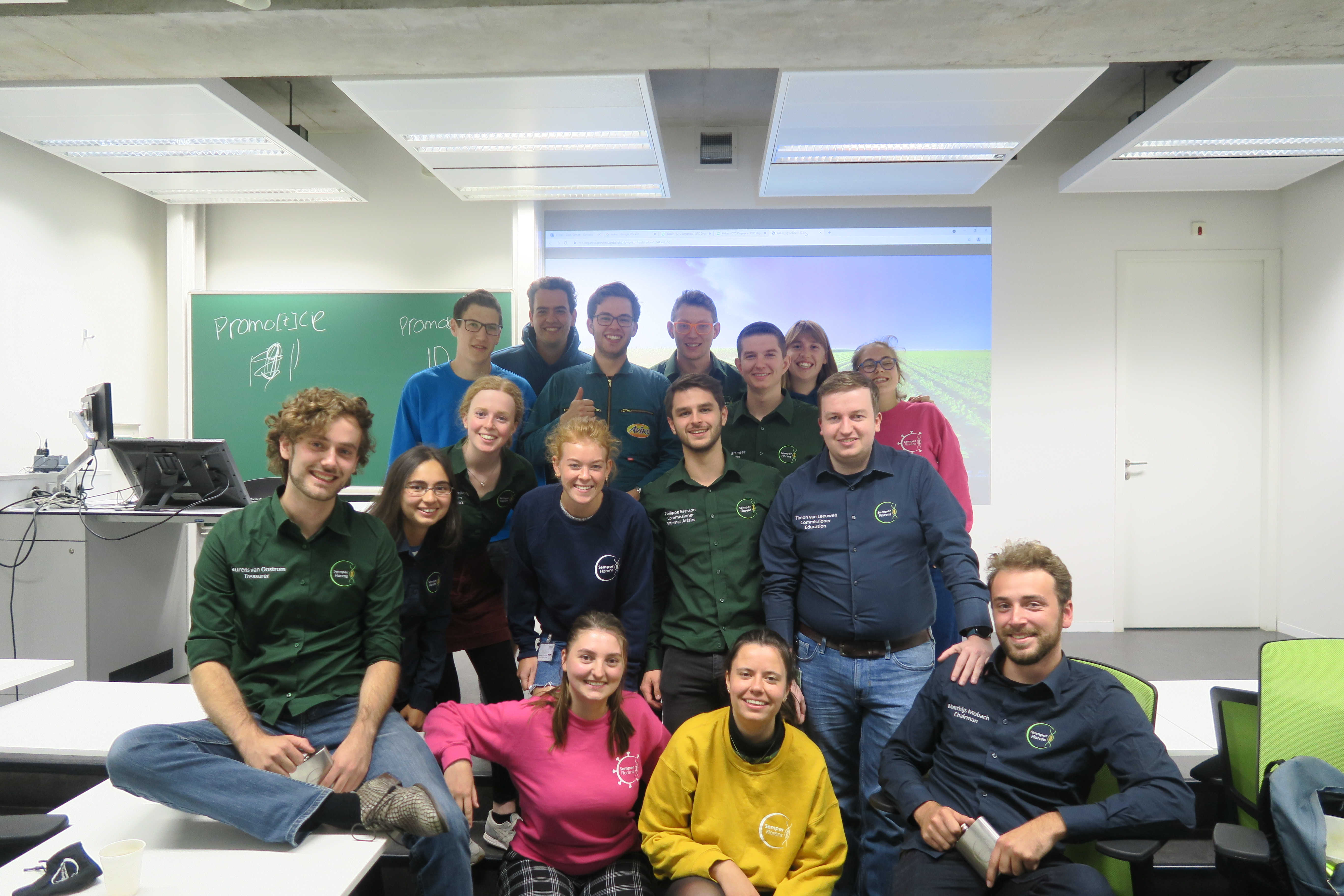 The board of the study association has the important task of keeping an eye on the activity of all the committees, general finances, contact with other organisations and other important stuff. But the looming question is; who keeps their eye on the board? That is the important task of the “Hamertje Tik-Tik Committee”, also known as the HTT-Cie. Every board has two meetings with the committee to receive feedback on ideas and the progress of the board. The members of the committee are perfectly fit to do this, because they’ve all spent time in the board and can therefore provide constructive feedback, warnings and contacts. These meetings are very serious in essence, but it would be a lie to say that we never break character. That is mostly because the HTT-Cie is, unofficially, the biggest gossip club in the entire Plant Science group.
The name of the committee (Hammer Tick Tick) derives from one of the tasks of the committee, which is giving a suitable hammer to the new Chairman so that he/she can properly lead the General Meetings.