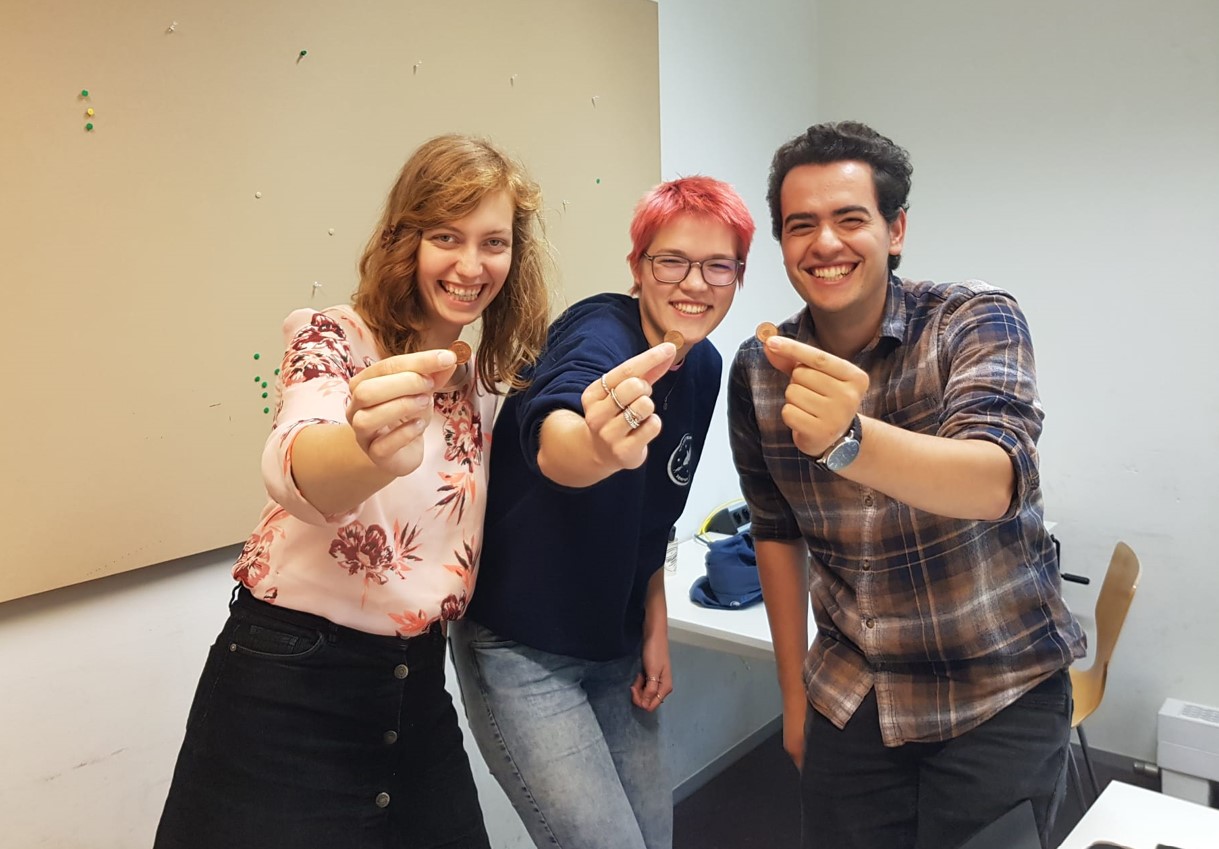 It’s difficult to find the good translation of the Dutch word ‘kas’, and apparently the members of this committee have difficulties as well to understand their real job, namely whether the treasurer of the study association keeps its book-keeping on the right track. Instead, we are very interested in growing money-trees, because the world would be saved when all people are able to grow their own money, isn’t it? We are now focusing on the doubling of the money-meristem genes in Valutarum euronii(Goldman-Sachs 2014) According to Ernie et al.1 the doubling of the genes should result in a yield that is twice as high. Also Tinky Winky et al.2 have shown that when something is shown or expressed twice, the memory of the young plants will remember everything better. Our hypothesis is that this can result in even higher yields in the next generations.  At the moment we are very busy with the research and we will publish the results as soon as we have a breakthrough.