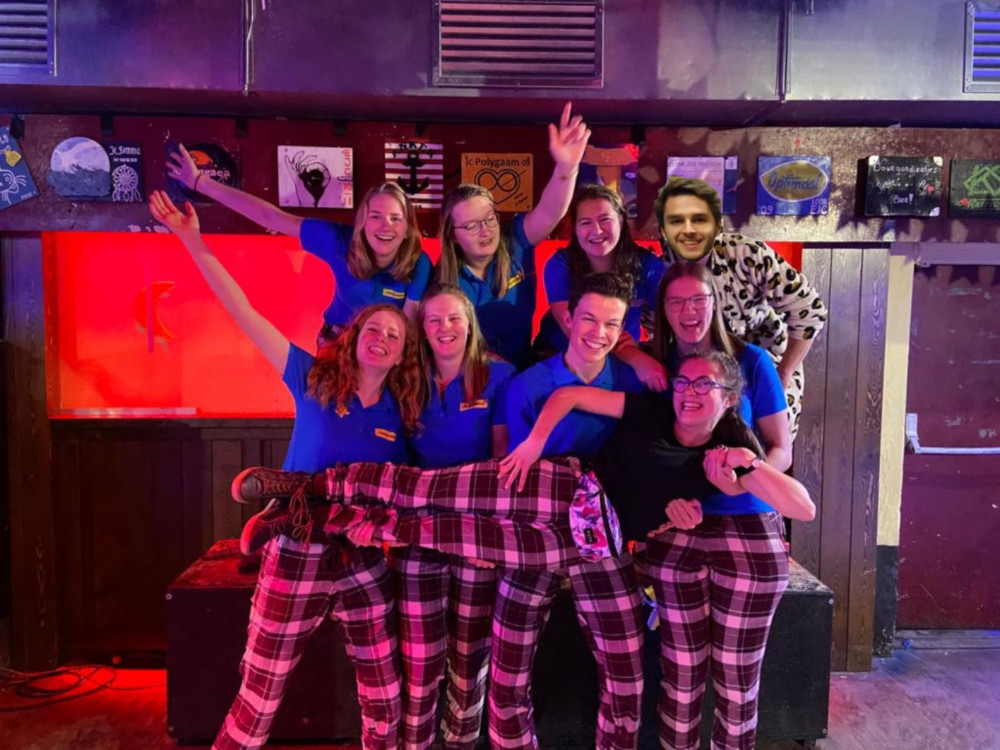 The AXI (activity committee) organizes a lot of different activities for all members of Semper Florens. Every Thursday during the lunchbreak the AXI members meet at Radix to plan, think about and create nice activities. However, after the Woeste Woensdag (Wild Wednesday) it is sometimes difficult to think, but (most of the time) very nice to create ideas for great activities.
Every period we organize at least one activity, but we prefer to organize more. Last year, we started in period 1 we went to an indoor trampoline hall, and organizes a movie night in the cinema. In period 2 Sinterklaas came to visit the nice and naughty members, and to play some dutch games with lots of 'pepernoten'. After the Christmas holidays, a New Year’s dinner is prepared. The biggest activity we organize is the SF weekend. Last year we went to Delft, where we managed to rend a beautiful scouting house. The campfire was the nicest place, although a lot of plantlets got 'killed' there, during the detective game
.
Next to the activities we organize ourselves, we also organize parties together with other study associations, like an integration party that is held every year. The nicest event is called the ‘farmer games’, with games like pushing a tractor as fast as possible. One of our teams in the woman competition won this year, and they got a beautiful medal made of a potato! Next year we are definitely going to win in both the competitions.​
We hope to see you at our next activity!